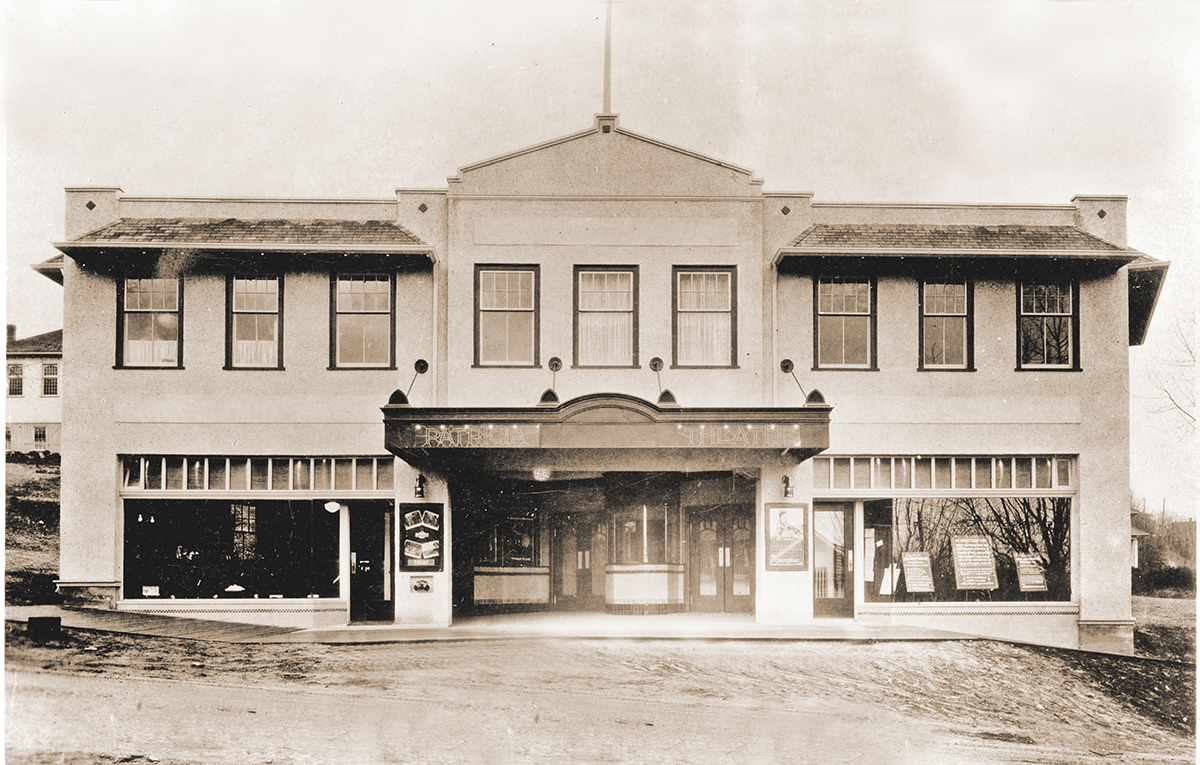 The Historic Patricia Theatre in Powell River is the longest continuously running movie theatre in Canada, and the only movie theatre in Powell River. The building is an example of the Spanish Revival expression of the Arts and Crafts movement, which is rarely seen in Canada and more common to California, Florida and Texas. In addition, it is one of only a handful of surviving atmospheric theatres in all of Canada, where the architectural elements and ornamentation evoke a sense of being outdoors.

The influential architect, Henry Holdsby Simmonds – also responsible for the Stanley Theatre (1930) in Vancouver and the Odeon theatre chain, designed it. The Society has been dedicated to supporting the preservation and restoration of the theatre since 2007. Powell River was originally established as a Garden City and planned according to guidelines of the Arts and Crafts movement. As a one-company mill town, the mill provided everything the community needed – the first company medical plan in the province, credit union, recreational activities, one of the first shopping malls in BC, housing, and a movie theatre. The original theatre was built in 1913 and replaced by the current theatre in 1928.

The historic Townsite is currently in a revival and evolving into the entertainment district for the city. Powell River Townsite is remarkably intact with over 400 original buildings contained within the borders of the 1910 town plan, and is an historical asset to the entire country. The Historic Patricia Theatre is the crown jewel of the district and was built during the transition from Vaudeville to motion picture entertainment.

The historic Patricia Theatre is in the Powell River Townsite. It is a unique coastal community in British Columbia, Canada that was designated as a National Historic District of Canada in 1995 (one of only seven in Canada at the time, and the only one in Western Canada). A very prestigious designation, it confirms that the Powell River Townsite, is an historical asset to the entire country. 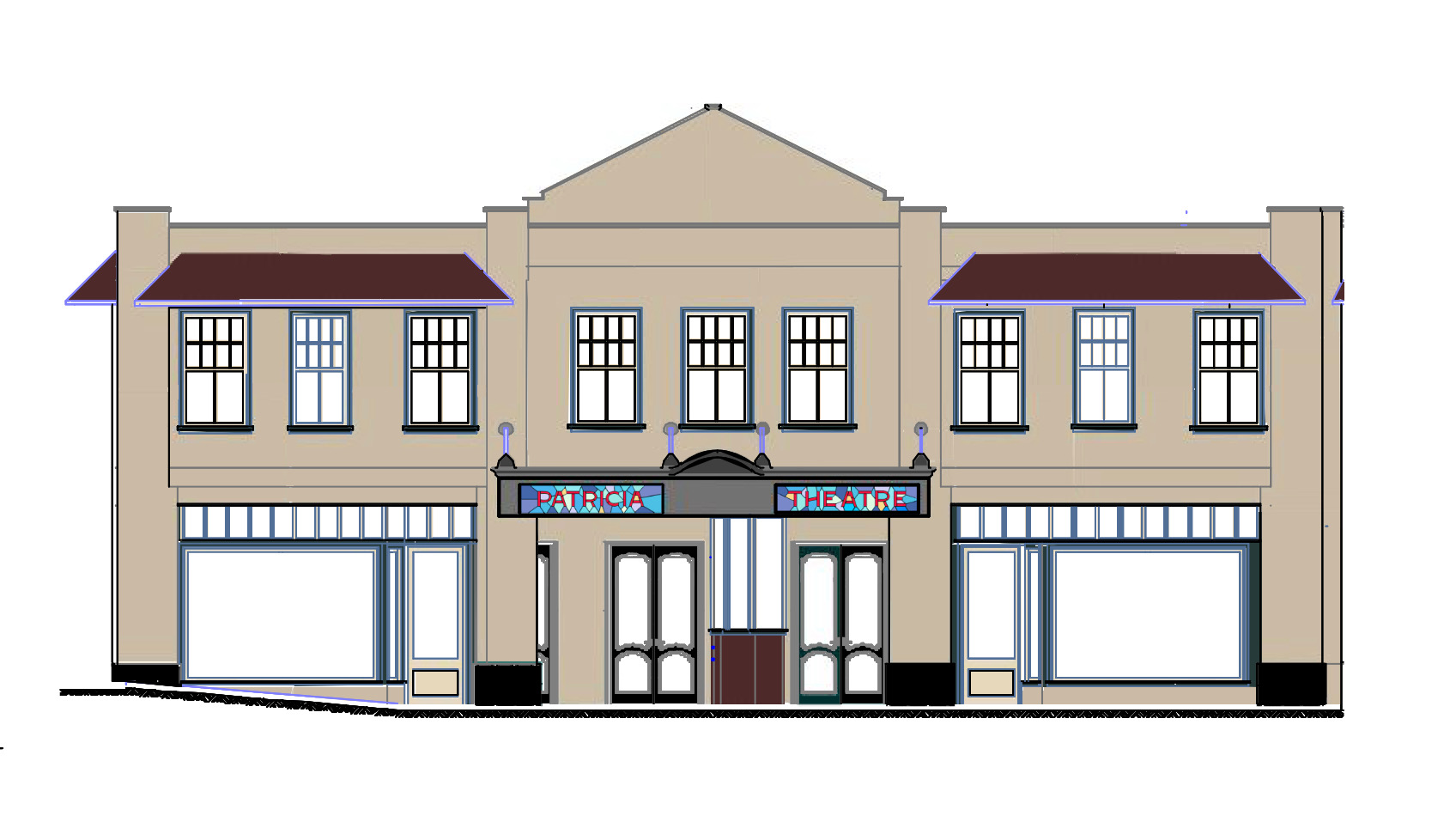 The Film Society has received support from CERIP, BC Heritage Society, BC Gaming, and the Powell River Community Forest to aid in the restoration of historic Patricia Theatre.

This artist rendering illustrates the final appearance of the theatre, scheduled for completion at the end of 2023. 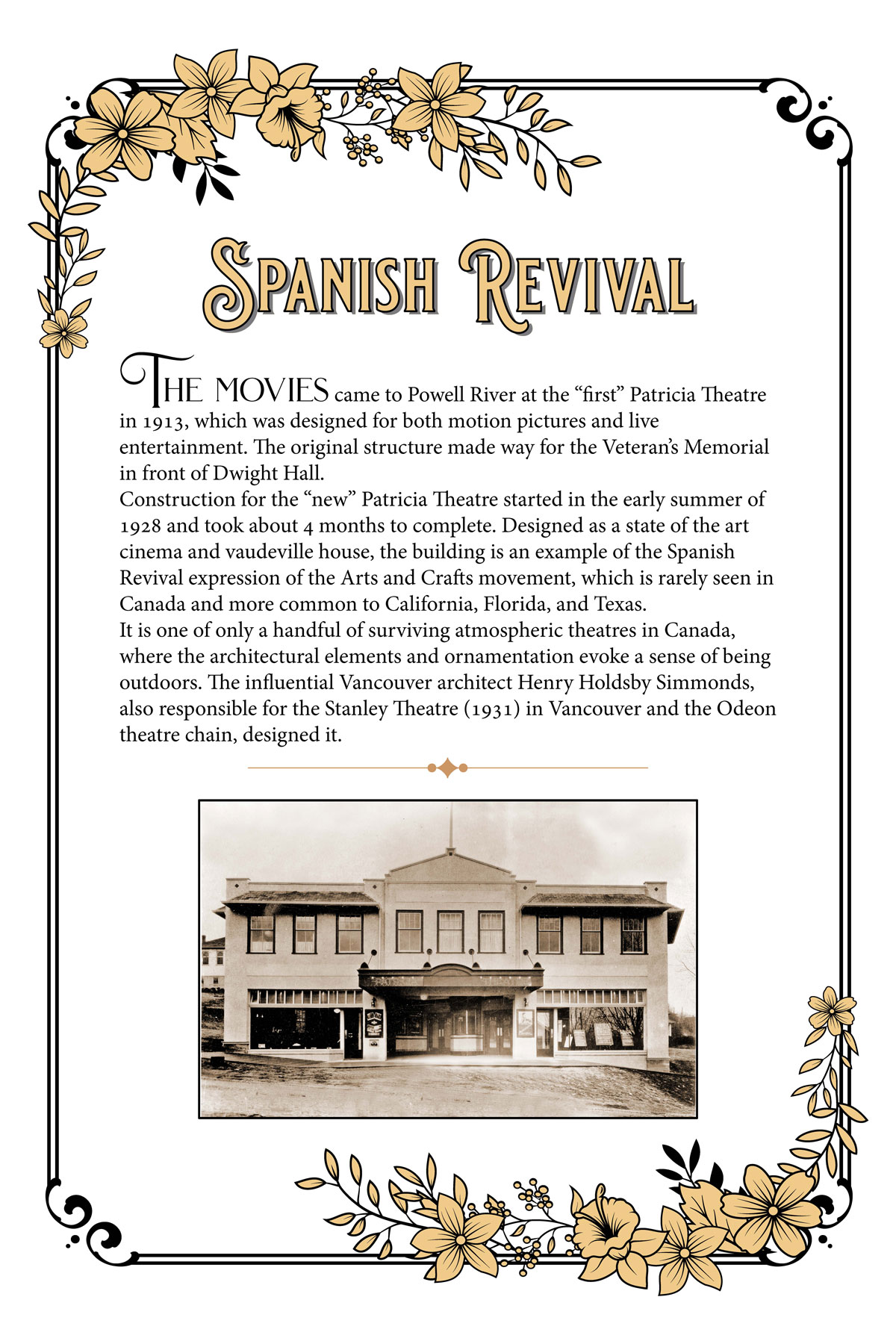 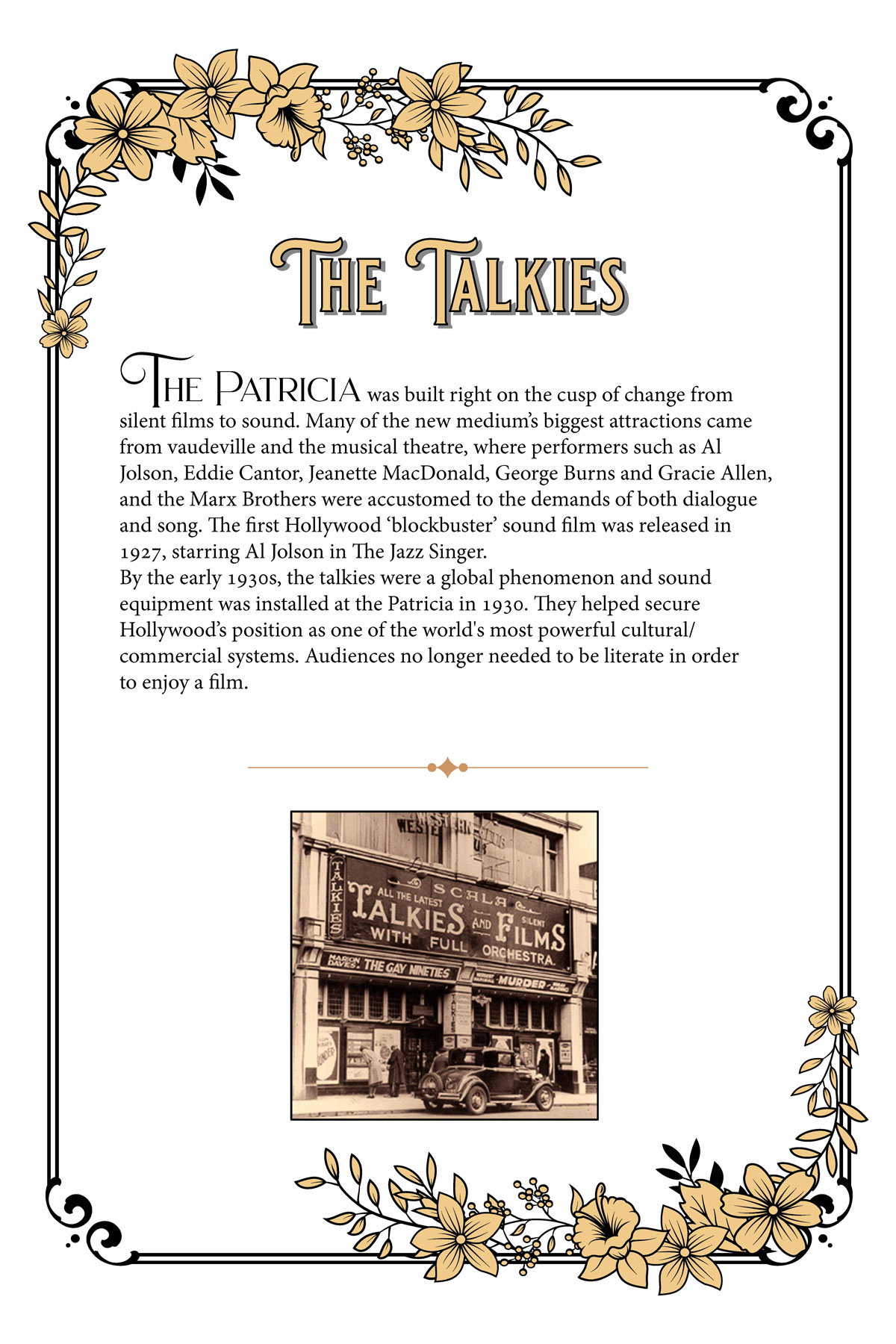 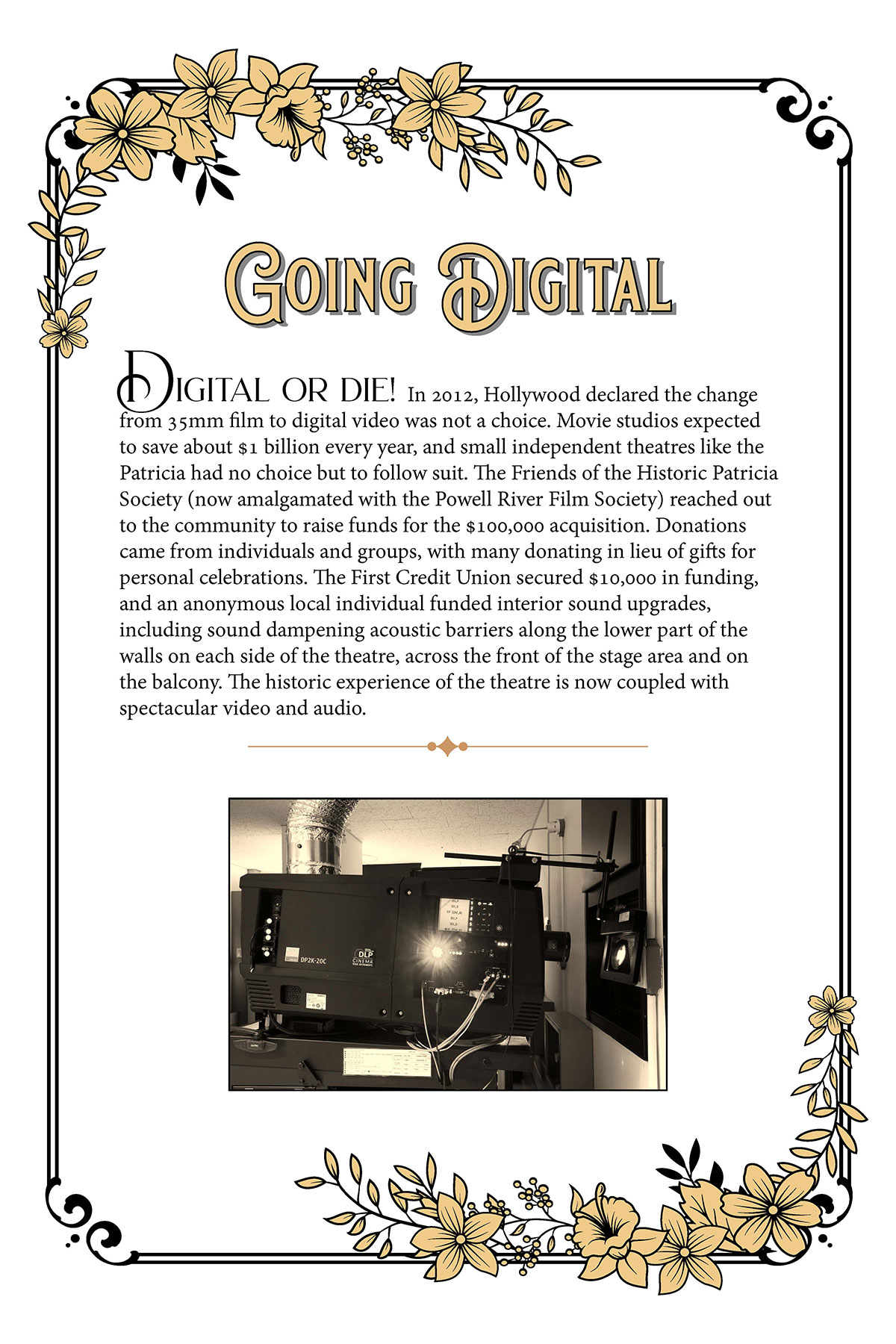 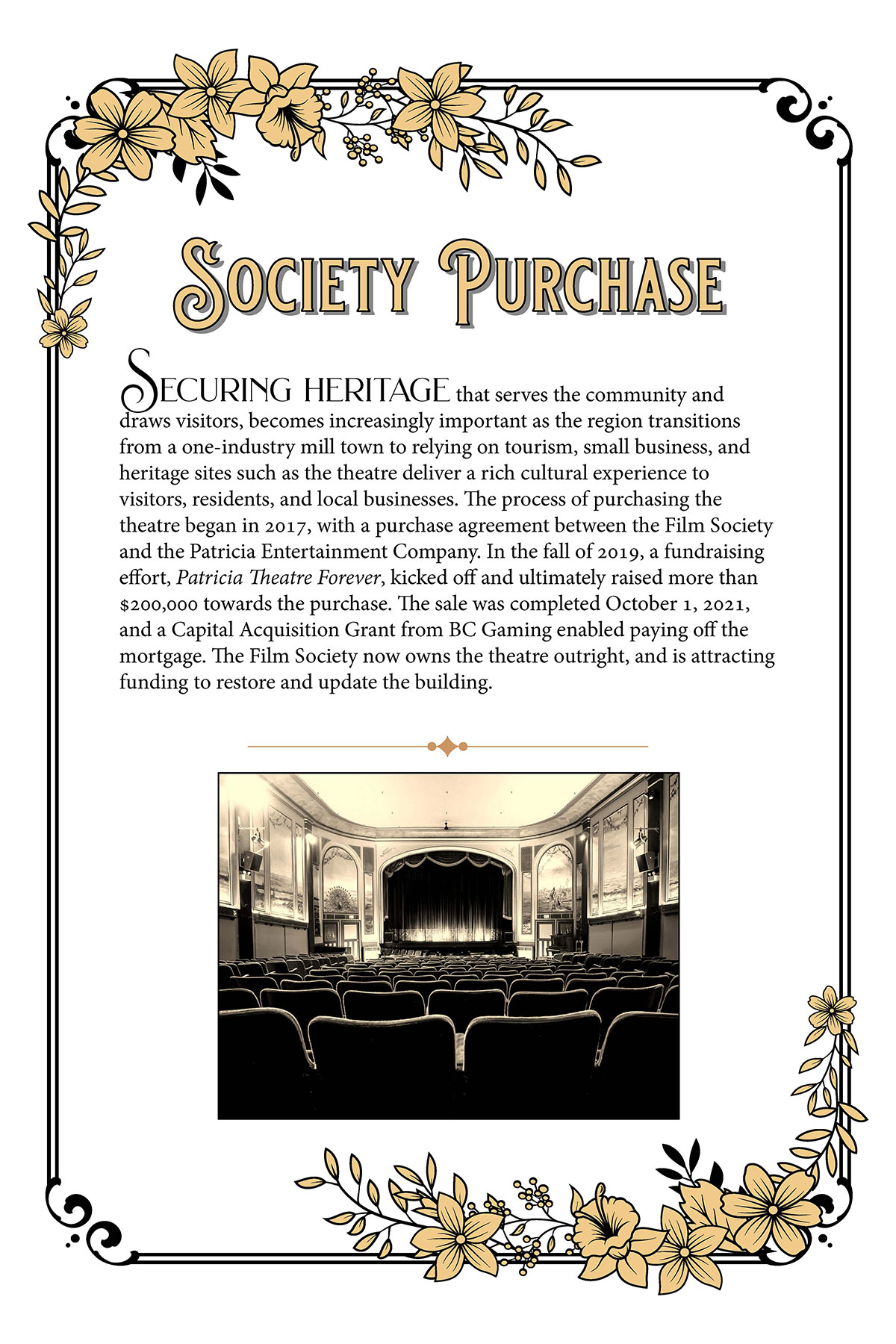 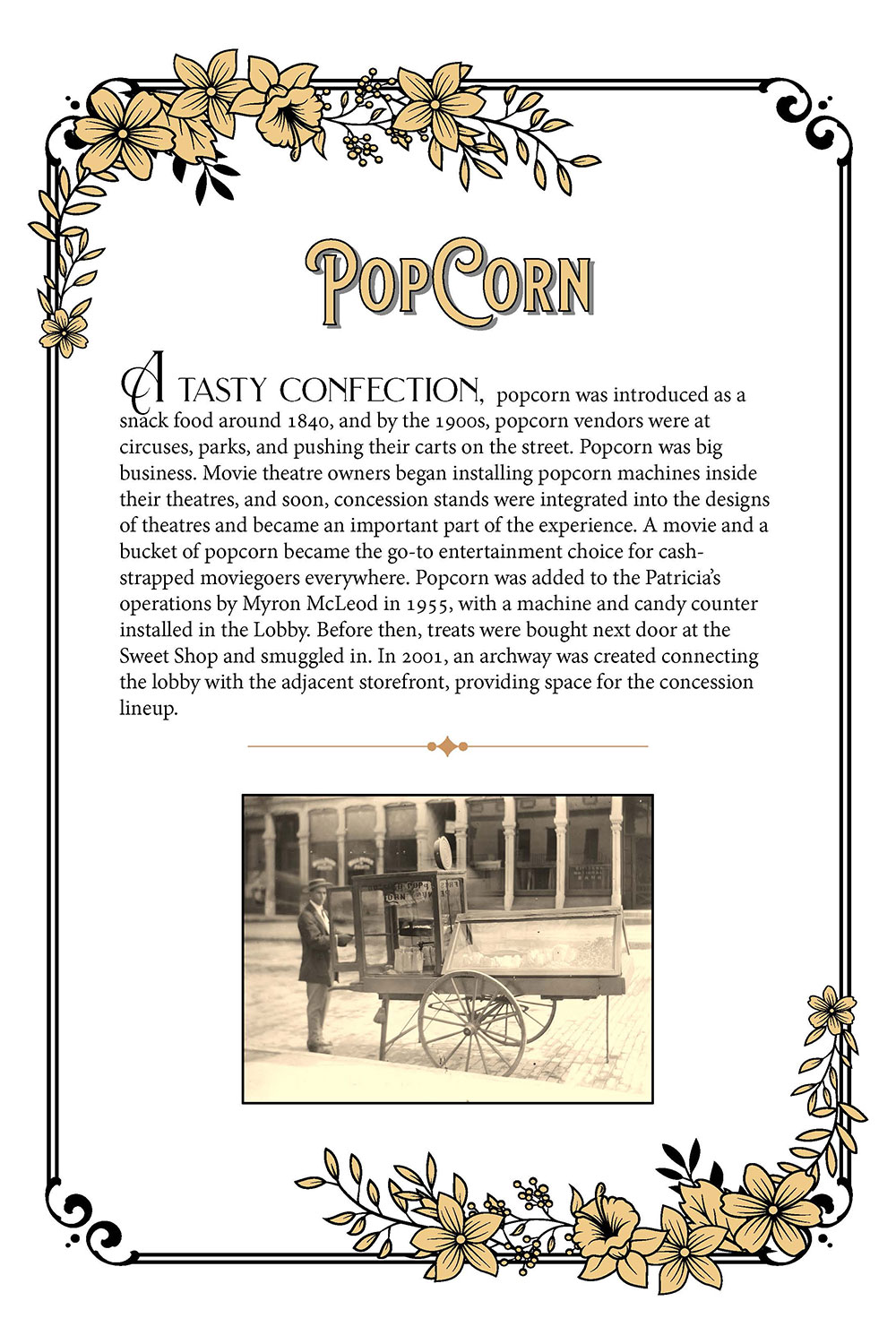